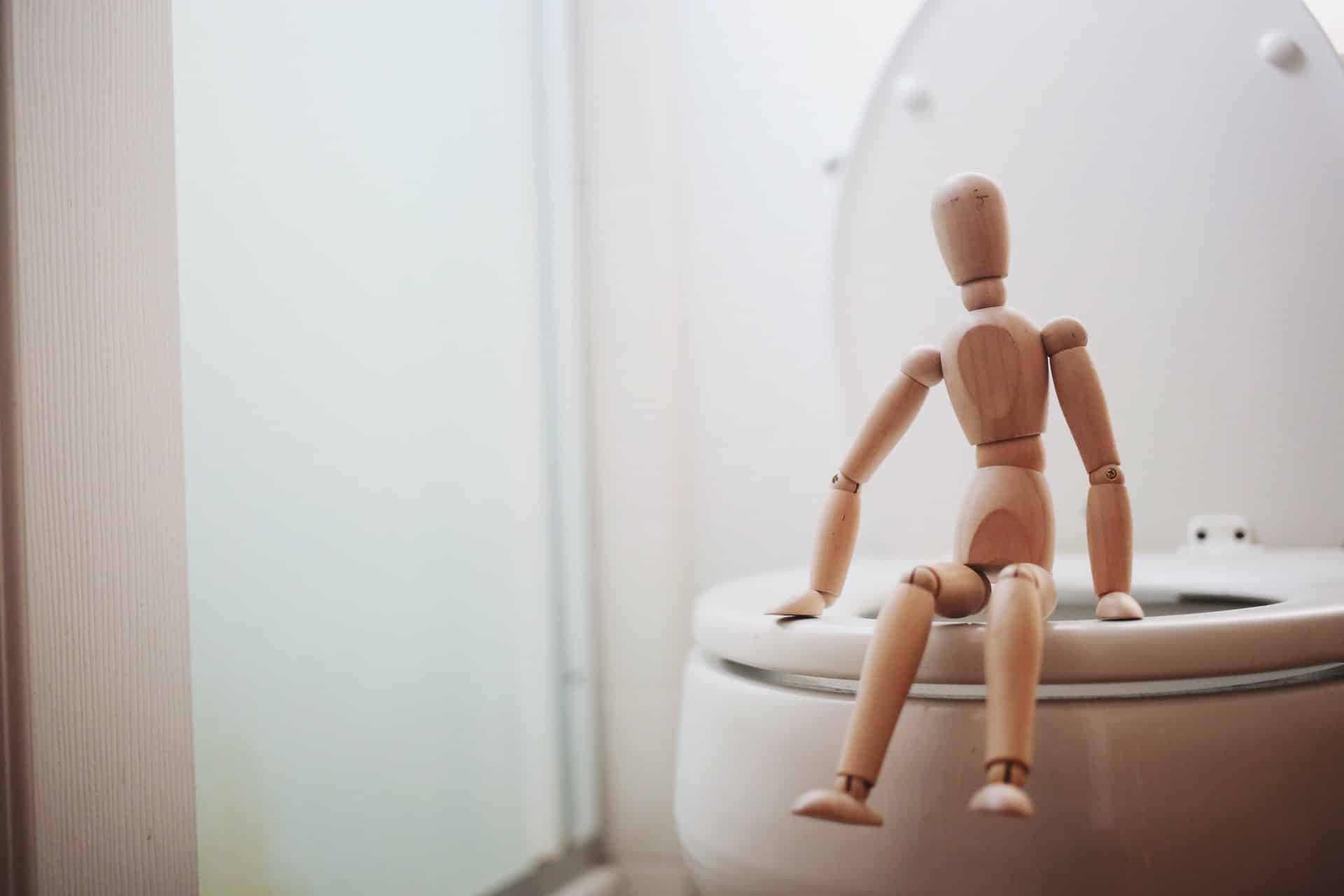 What makes a bowel movement healthy?

In general, stool is healthy when it is light to dark brown in colour, neither runny nor hard, and smells bad but is not acrid or putrid. But why are bowel movements important? Your body and its digestive tract excretes numerous unusable food residues via the stool. In addition to these food residues, stool also contains other waste products from metabolism and digestion. These include:

If your bowel movements smell stronger than normal or are liquid, you don’t have to worry immediately as certain foods can affect your bowel movements. Products containing sugar, dairy products, and certain vegetables, such as cabbage, can cause your stool to smell particularly strong and unpleasant due to their comparatively high sulphur content.

In addition to an unpleasant smell, certain foods can also cause your stool to differ from the normal brown colour. It is not uncommon for someone to become very concerned because their stool is reddish in colour. However, the cause is often the consumption of foods containing beetroot or red food colouring. Sometimes, medication can also cause your stool to turn reddish or pink. If there is blood in your stool, you should contact your family doctor. On one hand, blood in the stool can “only” be hemorrhoids, but it can also indicate abnormal growths in the colon or colon cancer.

Many  green vegetables, such as kale and spinach, can also cause your stools to be greenish in colour. However, greenish diarrhea can be an indication of a gastrointestinal infection and not just the result of diet.

Yellowish or orange-coloured stools can often be caused by yellow/orange foods such as carrots or squash. In addition to food, medications such as antibiotics can also cause a yellowish/orange colour in stool. However, yellow stools can also indicate problems with the pancreas, gallstones, or gluten intolerance (celiac disease). If your stool has a pungent odour and is difficult to flush, you are considered to have fatty stool.

Black and white stool is also possible. While black stool can also be caused by charcoal tablets and iron supplements, among other things, white stool usually indicates problems with bile in your body.

Important: While black stool can be caused by charcoal tablets and iron supplements, it can also indicate upper digestive tract bleeding. Often the amount of blood in the stool is not enough to turn the stool red or black, which can lead to bleeding around the intestinal tract going unnoticed for extended periods of time, in turn making treatment more difficult in an emergency. It is therefore highly advisable to consider performing regular colon cancer screening tests from the age of 50.

As mentioned at the beginning, stool can come in a variety of shapes and colours. Thanks to science, there is a proven scale for classifying bowel movements. The Bristol Stool Form Scale was developed in 1997 by researchers at the British University of Bristol. Over time, several studies have confirmed the reliability of the scale, which is why this scale is still used by doctors today, more than 25 years later.

Now that we’ve learned about colour and consistency, how often do you have “normal” bowel movements? There is no correct answer to this question, as it varies from person to person. In principle, however, you don’t need to immediately worry if you haven’t had a bowel movement in three days – you are not necessarily suffering from an intestinal obstruction. Generally, it is said that having a bowel movement once a day is ideal. However, this is only a guide and does not mean that you should worry if you deviate from it. According to a study by the American Journal of Gastroenterology, only 40% of the American population meets this standard. 95.5% of the participants fall under the so-called 3-3 rule. This rule states that human bowel movements vary between three times a day and three times a week.